This piano, which was constructed by A. Wagner and Levian Manufacturing Company and features elaborate decorations designed by the archaeologist Dr. Antonio Peñafiel and carved by Mexican artisans, was made to be exhibited in the 1900 World’s Fair in Paris, where it was awarded a gold medal (although I have been unable to determine the exact nature of this award).

Its designs are derived from numerous Pre-Columbian sources—geometric friezes from Mitla, Zapotec urns, scenes from the Codex Nuttall—most of which are associated with the Zapotec and Mixtec cultures from the region that is now Oaxaca. The regional specificity of the source material probably reflects the fact that this state was the birthplace of Mexico’s dictator-President, Porfirio Díaz. 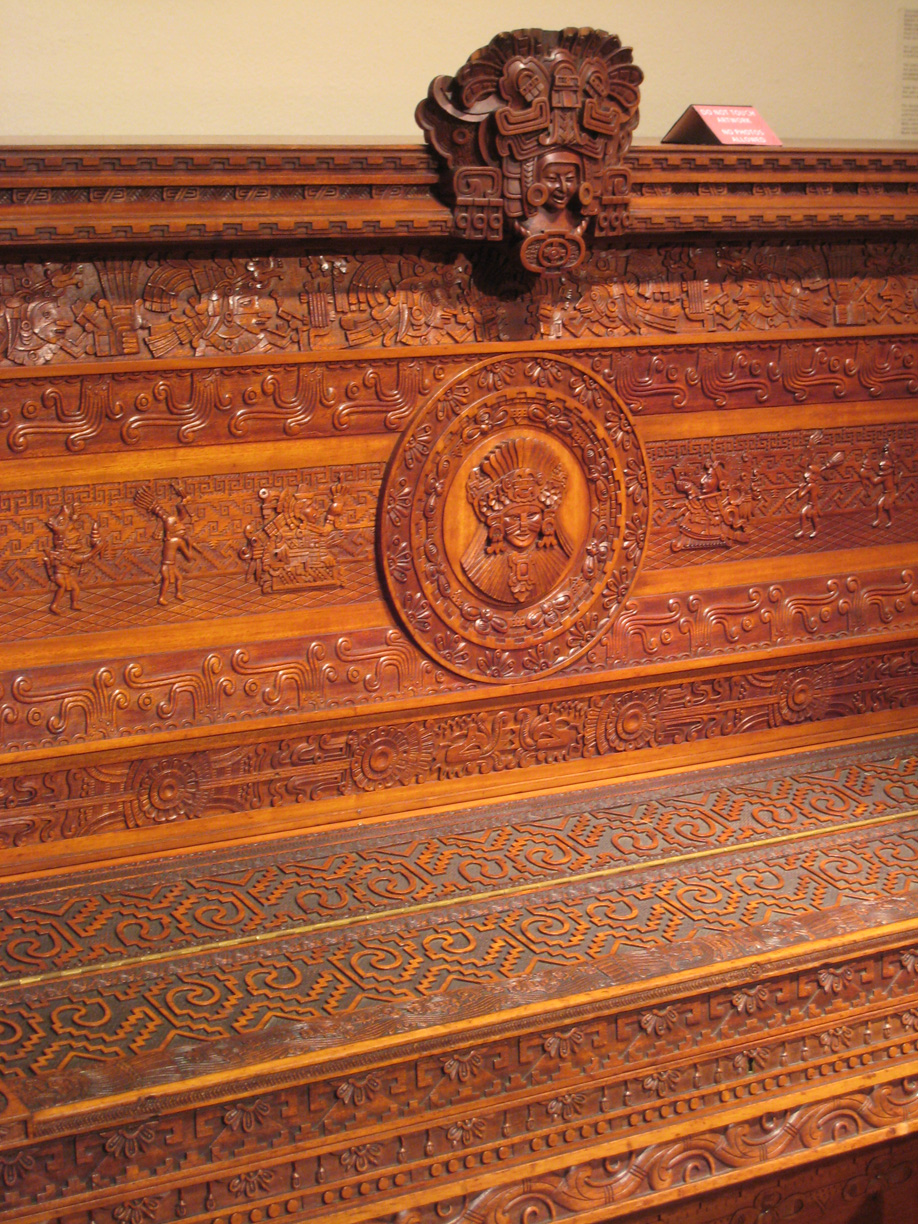 As an object produced to emphasize Mexican nationalism, it presents a wealth of imagery quoting the sophisticated and unique cultures of the Mesoamerican past while showcasing the masterful talents of modern woodcarvers. Moreover, it does so in the form of an upright piano, a European instrument intimately bound to ideas of the bourgeois parlor and the cultural pretensions of a striving middle class; that is, in a piece of furniture distinctly associated with Modernity. This piano can thus be understood to be an expression of Mexican aspirations during this period: the fledgeling nation-state, led by a singularly powerful right-wing ideologue, sought to participate in the dominant culture of the industrializing West while forging a national identity rooted in a romanticized past. While this dynamic could easily be read as the apotheosis of a centuries-long project of colonialism, it is not so different to the socio-political conditions in Germany, a newly unified European country which formulated and promulgated its own national myths at the end of the 19th century.

These photos were made in 2008 while the piano was on display as part of the “Aztec and Maya Revival” exhibition at the Mexic Arte Museum in Austin, Texas.