The Scooby-Doo Show was the second iteration of a popular cartoon series, the premise of which involves the titular dog accompanying a group of mystery-solving teens as they encounter spooky situations that are inevitably shown to have been created by villains to distract from their self-enriching schemes. In this episode, the gang visits an unnamed town in Mexico to attend a fiesta, which has been called off due to the presence of the 50-foot-tall ghost of “Katazuma,” variously described as an Aztec ruler or an Aztec god. Aside from this specter, which appears transparent and vanishes leaving only giant footprints behind, a phantom barge on the river and a living statue have also made appearances, frightening the people of the town. At their hotel, the group meets a husband-and-wife team of archaeologists who claim the troubles began when their explorations of a nearby pyramid disturbed the spirit of Katazuma. They announce their impending departure and advise the teens to leave as well. Ignoring the warning, Scooby and his friends go to the pyramid to investigate, eventually discovering that all the so-called haunting was an elaborate diversion put on by the archaeologists in order to mask their plundering of the vast amount of treasure they had discovered in the pyramid. 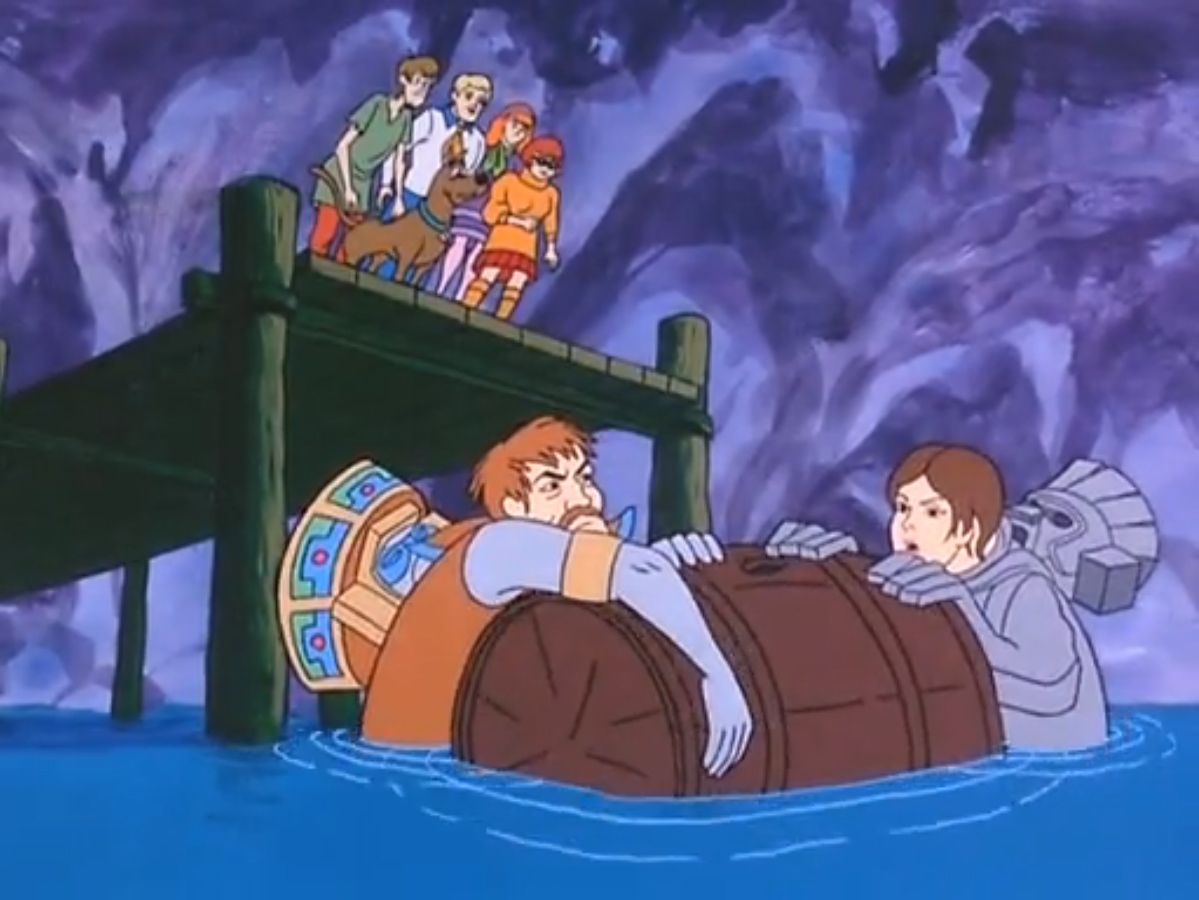 In this half-hour story dense with references to ancient American civilization, source material taken from a wide variety of pre-Hispanic cultures and time periods is combined into an amalgam referred to as “Aztec”. The interior of the hollow pyramid in which much of the action takes place, however, is an entirely fantastical architectural setting with no basis in the Pre-Columbian past. Finally, the very real issue of looting is raised as the underlying motivation of the villains, yet, intriguingly, it is presented in a way that almost completely inverts the actual dynamics of the situation.