As with many other pop culture portrayals of the Pre-Columbian past, the “Aztec” remains depicted in Scooby-Doo are drawn from diverse sources, homogenizing the diversity of ancient indigenous civilizations that were widely spread in both time and space. Interestingly, while the costumes worn by the two villains are ultimately based on models from earlier Mesoamerican cultures, they are both plausibly “Aztec” in that artists from this last culture to flourish before the arrival of the Spanish made copies of those prototypes, much as Roman artists made copies of earlier Greek sculptures. 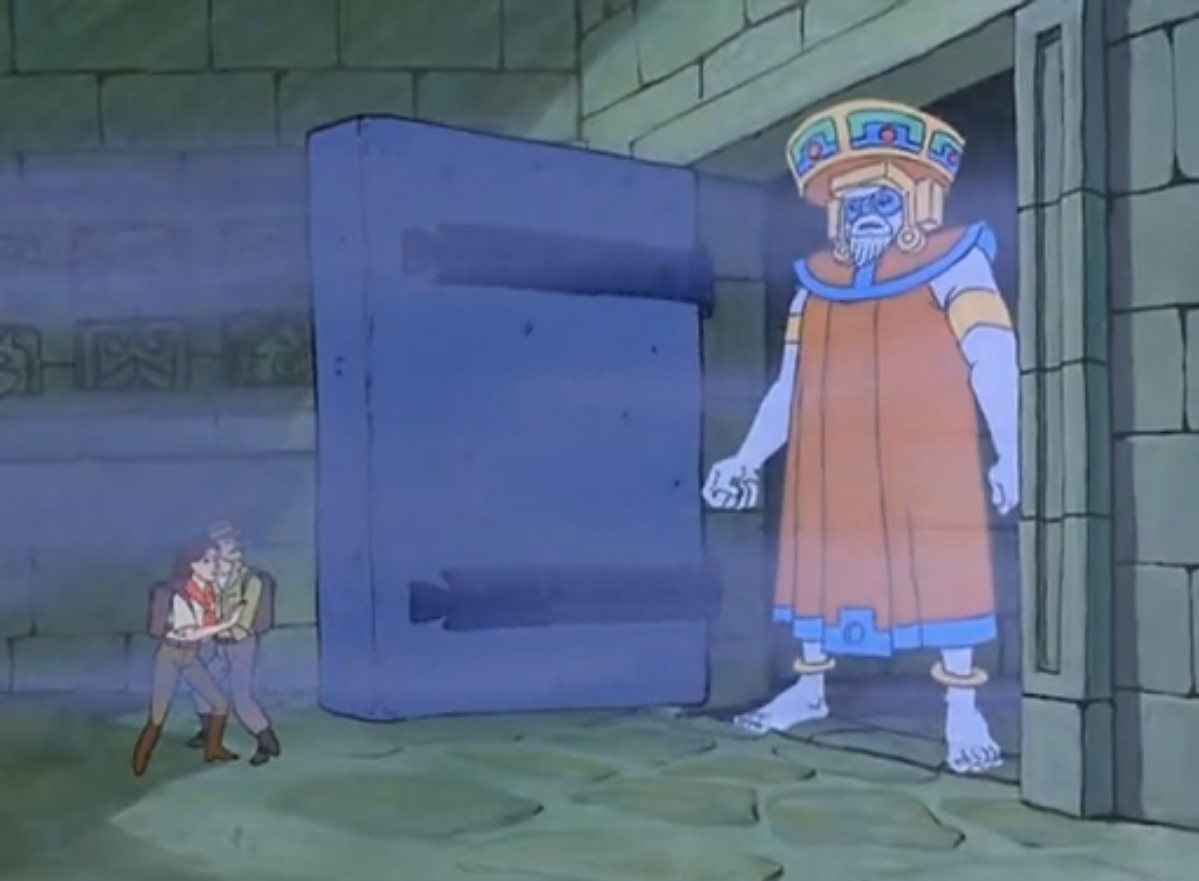 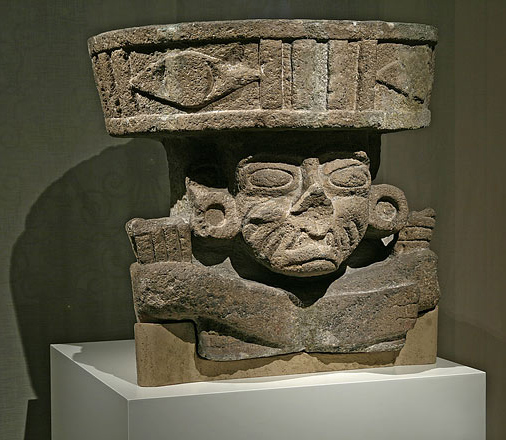 The person of Katazuma is based on the so-called Old Fire God, an aged deity who carries a brazier on his head and whose representation dates back to at least the Early Classic period at Teotihuacan. 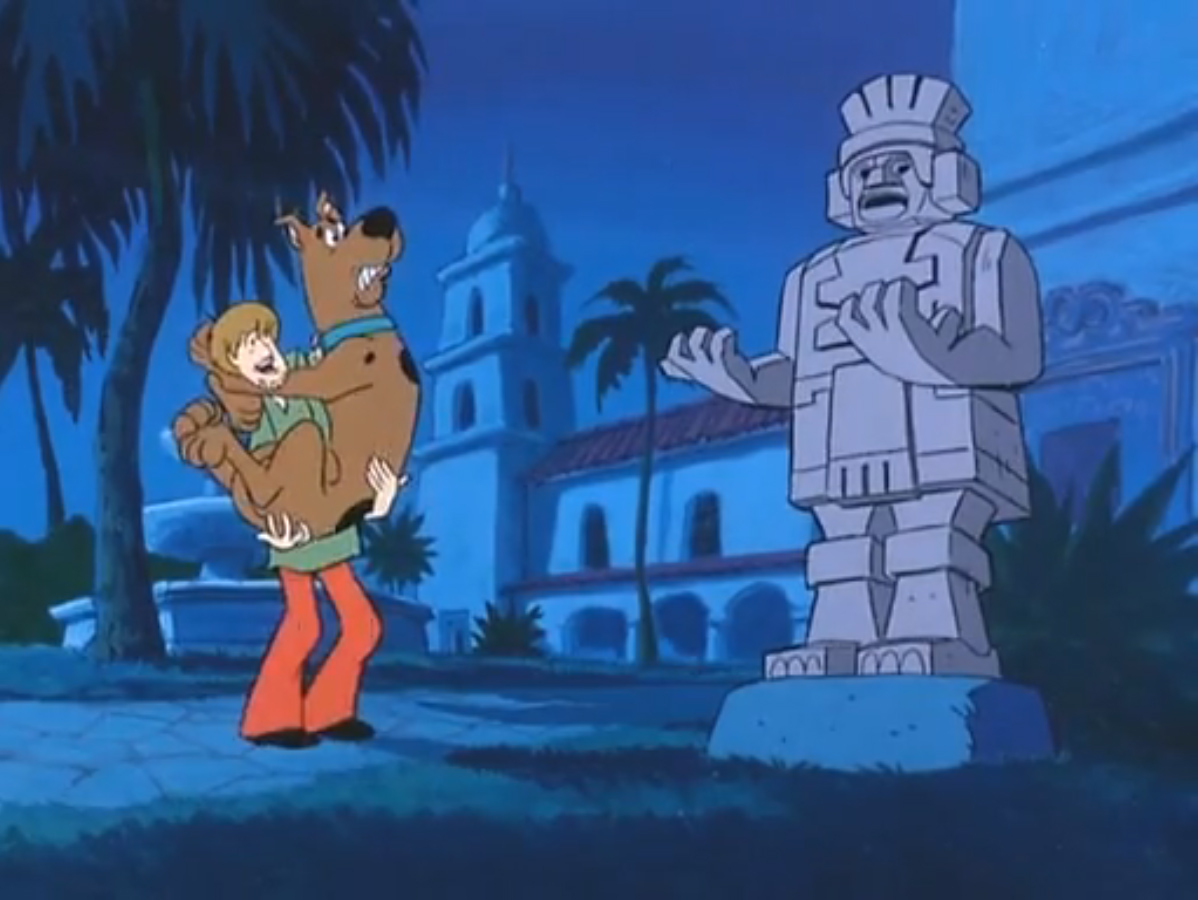 And the living statue who is Katazuma’s accomplice is based on Early Postclassic atlantean sculptures from the site of Tula. Both of these sculptural forms were reproduced by artists in the Aztec capital of Tenochtitlan (now Mexico City), and these latter objects could have served as the sources for the animators. But other aspects of the material culture depicted in the cartoon are based on objects that lack any direct relation to Aztec culture. 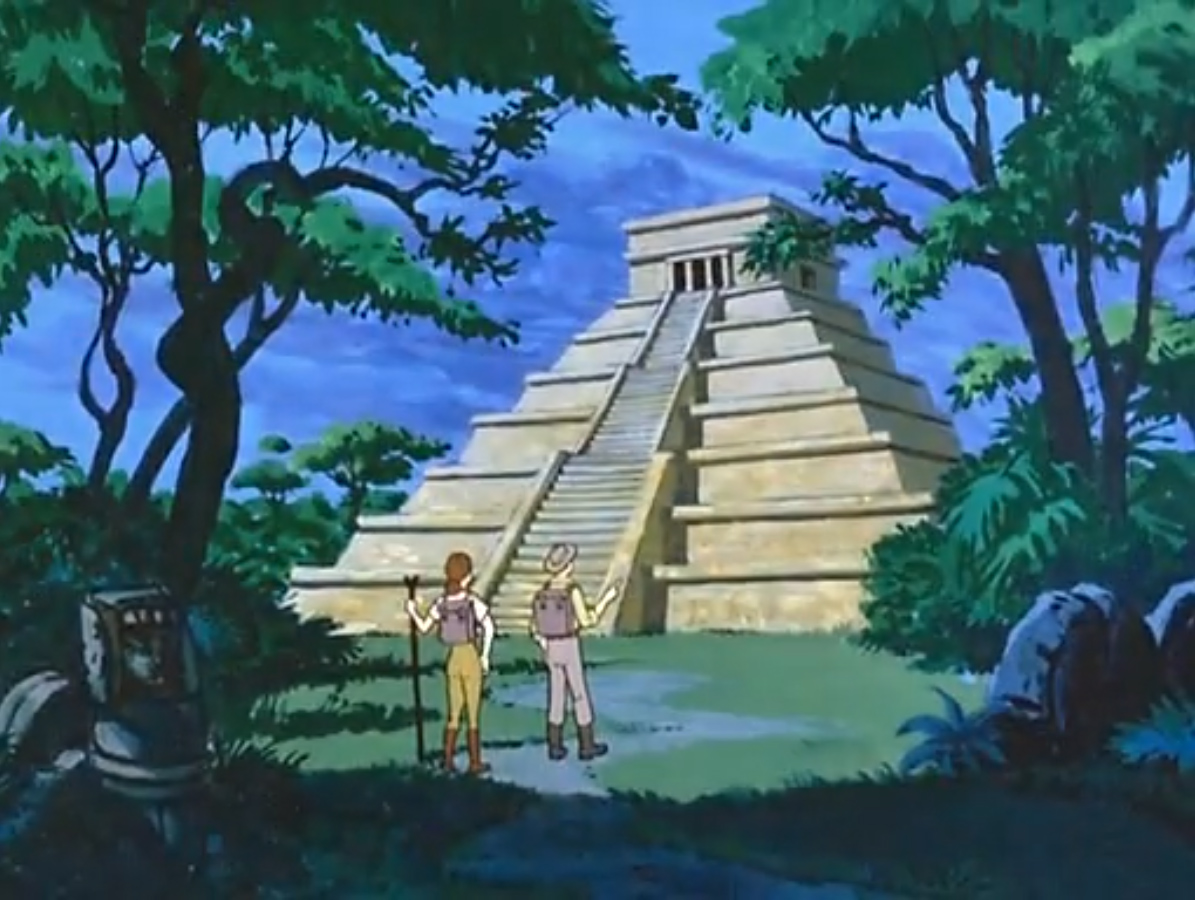 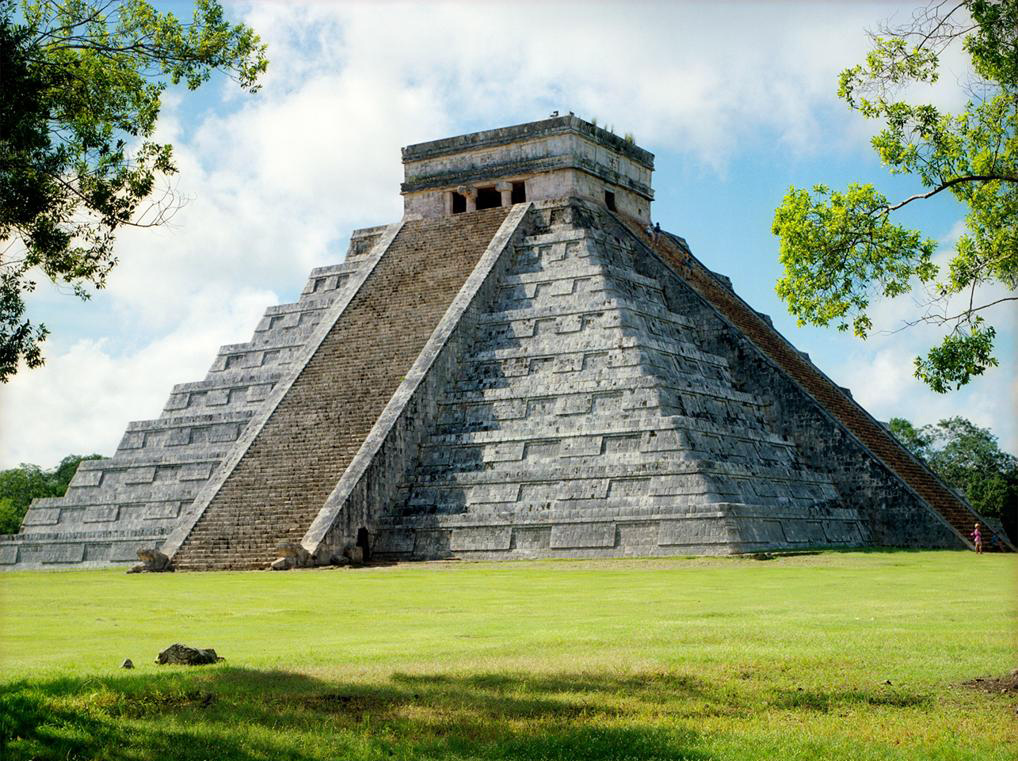 The facade and superstructure of the pyramid (the interior of which is discussed in detail in a different section) appear to be derived from the Castillo of Chichen Itza, a Maya building located over 1,000 km from Central Mexico that was constructed around five centuries before the expansion of the Aztec empire. 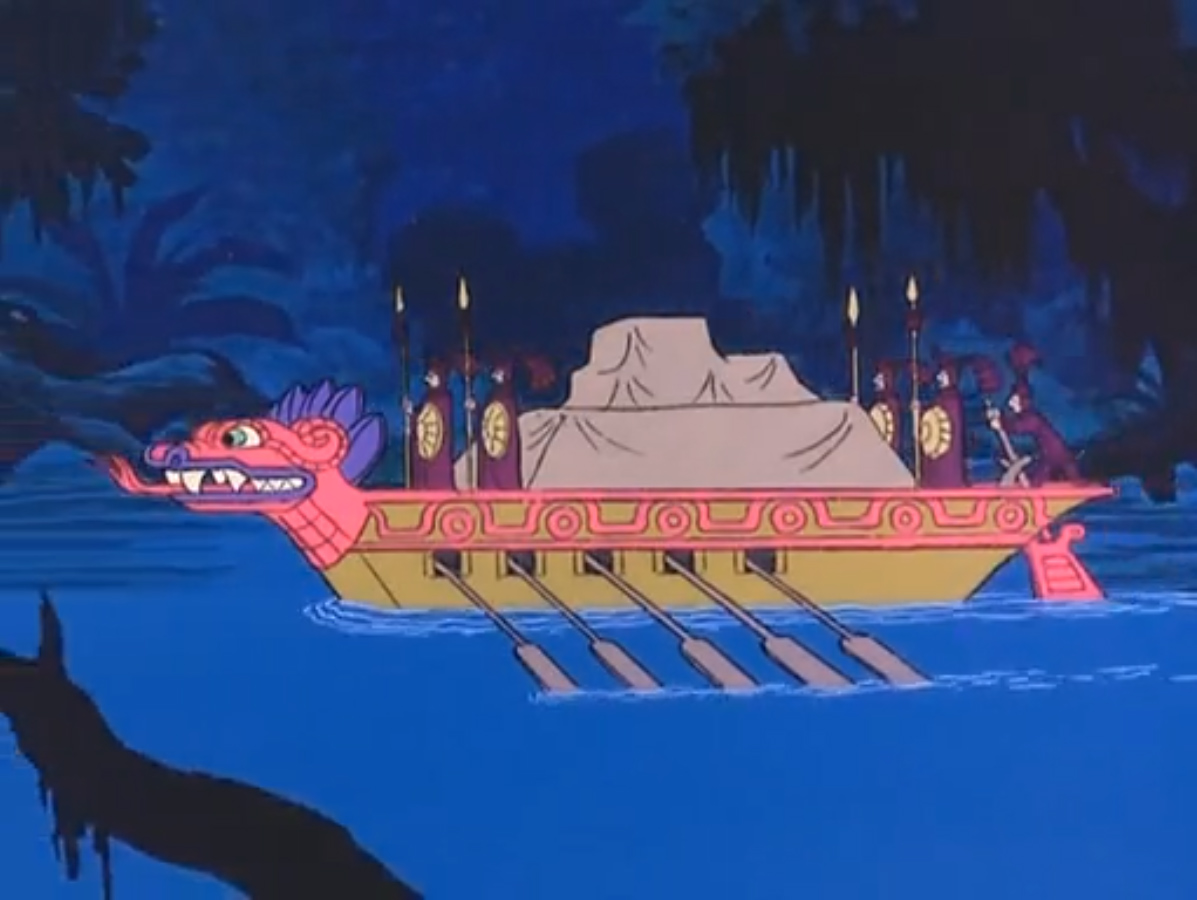 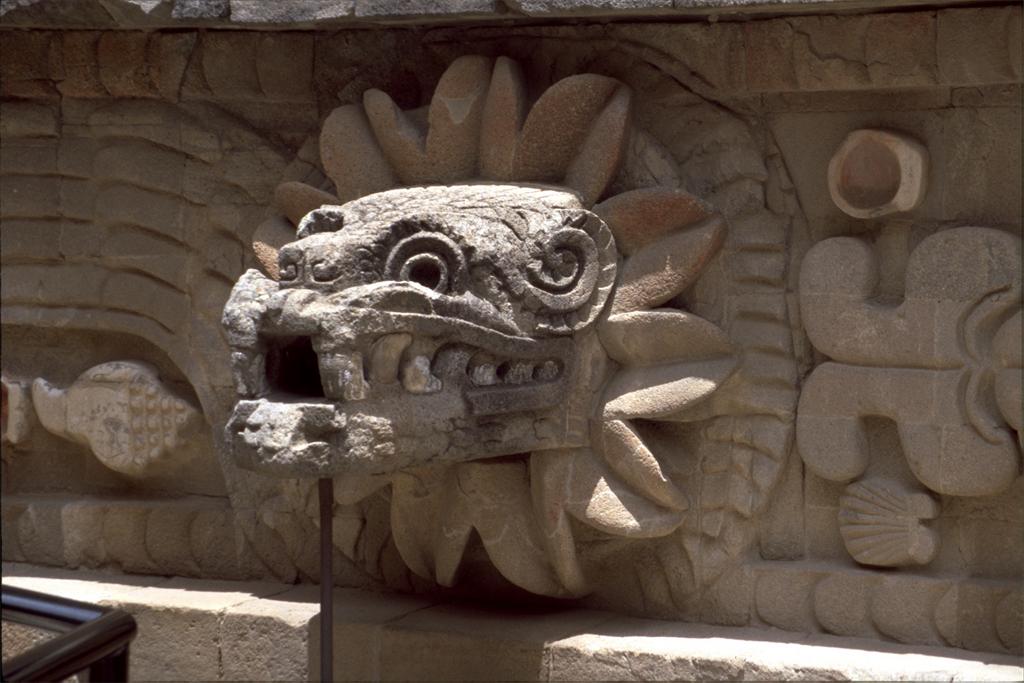 The prow of the ghost barge is a serpent head identical to those projecting from the Feathered Serpent Pyramid at Teotihuacan, located on the outskirts of the Aztec capital, but built over a millennium earlier. 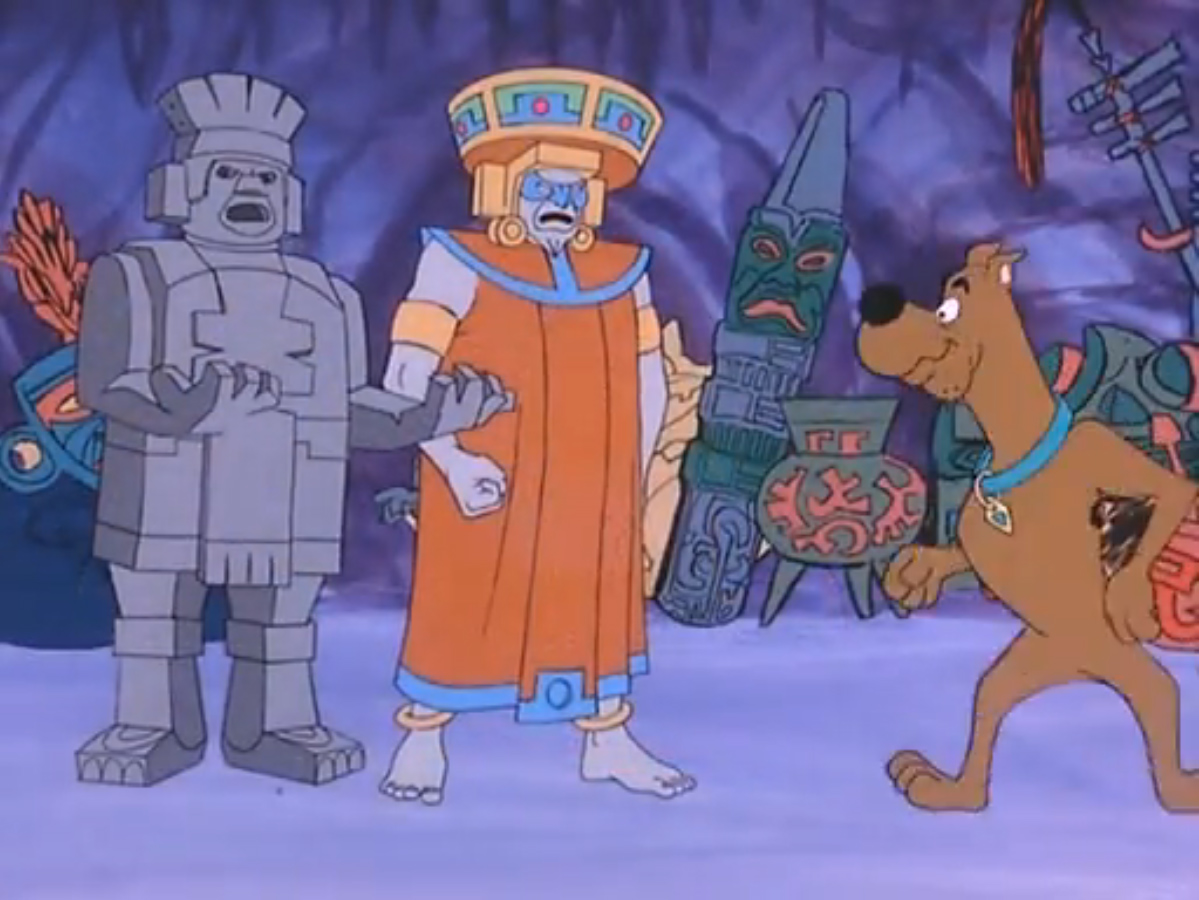 A sculpture seen in the background of the hidden chamber in which the villains are storing their stolen loot is directly copied from an Olmec greenstone maize fetish, the original made at a much smaller scale around two millennia before the Aztecs rose to prominence. 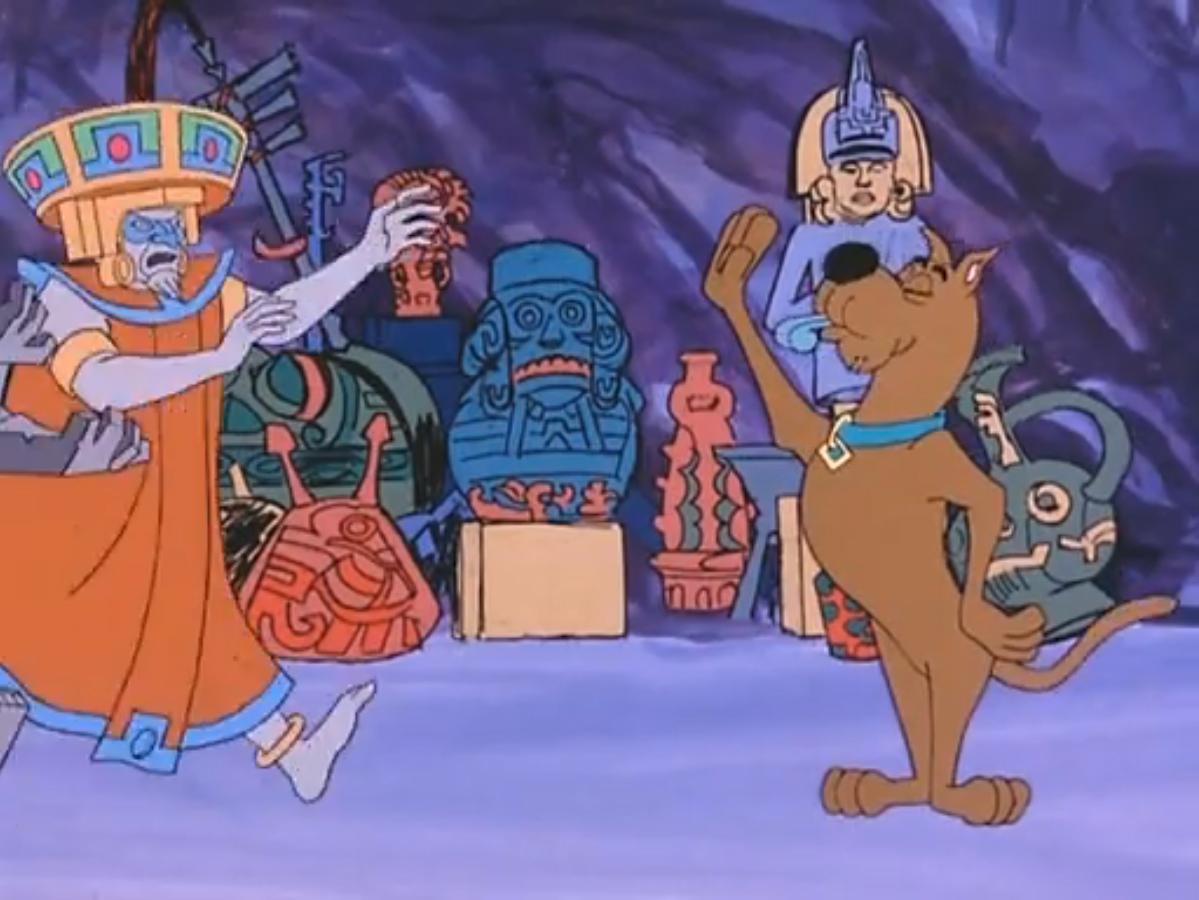 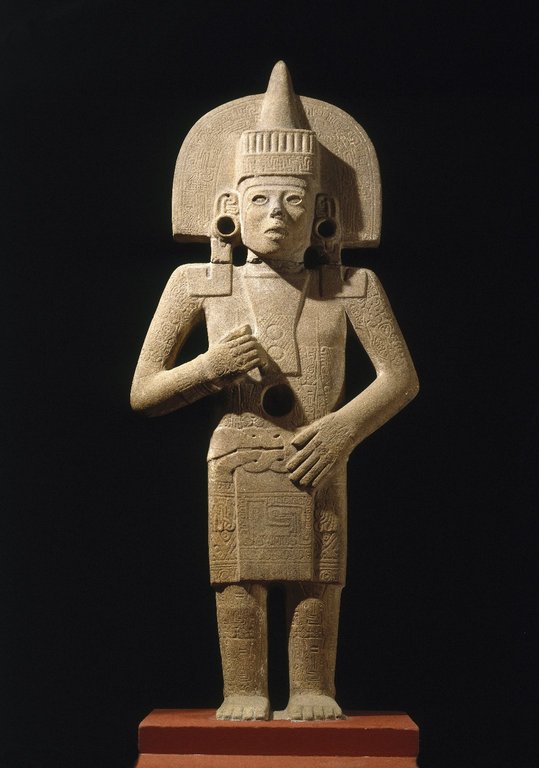 Another figure is based on a Huastec prototype from the norther Gulf Coast area. While all of these cultures were at least located in the borders of the modern nation of Mexico, the inclusion of a Cupisnique ceramic vessel, made on the North Coast of Peru during the Formative period, can only be understood as contributing to a general ambiance of a vague and exoticized indigenous past.