The plot of House II centers on a crystal skull attributed to the Maya civilization and possessing supernatural powers. This choice of object is fascinating for the way it embodies and perpetuates century-old mischaracterizations of the Precolumbian past. Although several crystal skulls that were claimed to be ancient American artifacts entered into public and private collections in the late 19th and early 20th centuries, these have been shown to be modern fakes, produced with technologies such as mechanical rotary saws that would not have been available to Precolumbian craftsmen. Certainly the skull was a common motif in Mesoamerican art, and rock crystal was worked into beads and other ornaments, but life-size, anatomically correct human skulls are unknown from the archaeological record. The crystal skulls are simulacra—copies without an original. A substantial body of New Age ink has been spilled on the crystal skulls, which are characterized as having supernatural powers because they were made both from a material deemed to be spiritually potent and by a civilization believed to possess some form of esoteric knowledge. That the crystal skulls have had such a powerful and lasting hold on the popular imagination while the originals were actually modern creations lays bare the truth that what is characterized as the Other often winds up being an externalization of the self. 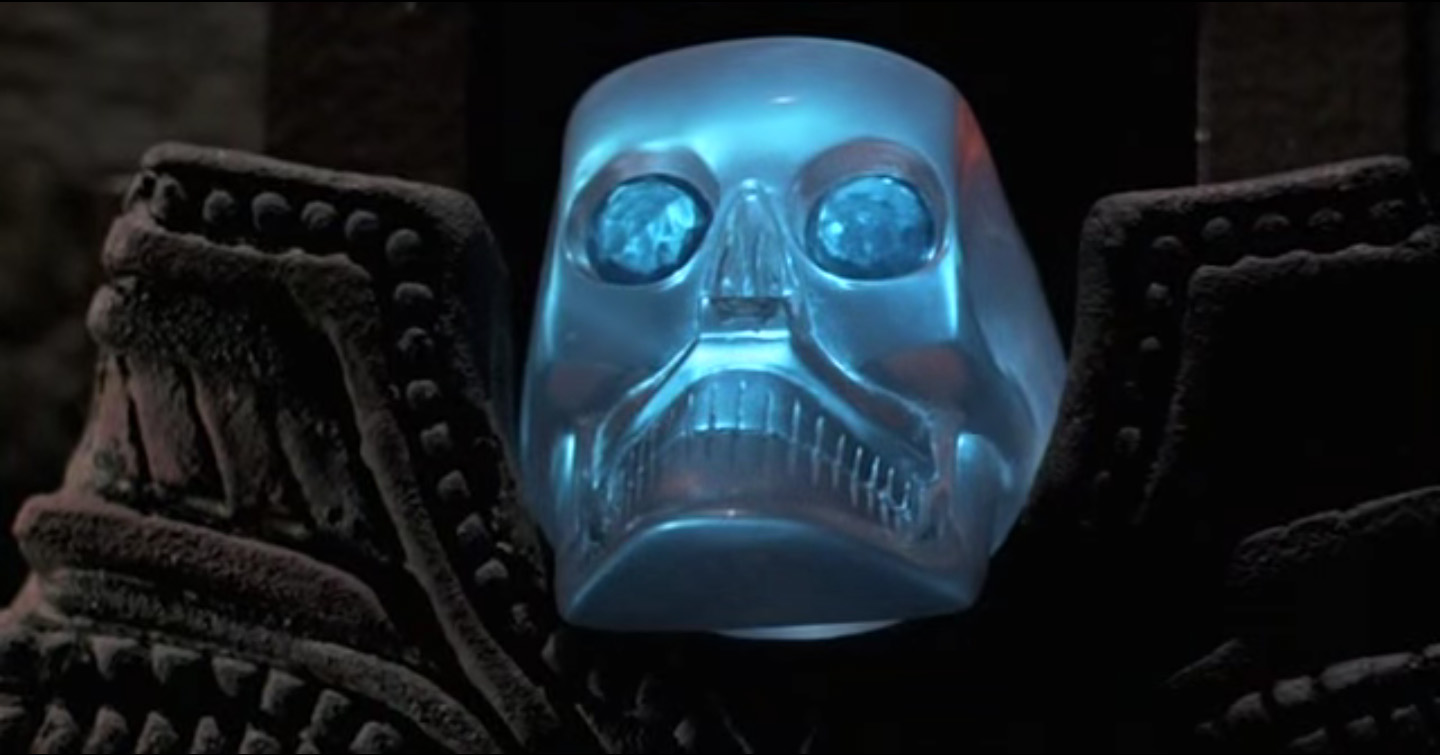 The titular house in the movie is claimed to be a reconstructed Maya temple, and this is visually indicated by a variety of relief carvings and architectural elements. Some of these are indeed Maya in their inspiration, such as the serpent head balustrade, which is similar in conception to those found on the Castillo pyramid and several other buildings at Chichen Itza. Additionally, when the protagonists break through a wall to enter into the chamber of sacrifice, they pass a mural painting that is clearly based on a procession of musicians from the wall of Room 1 at the Maya site of Bonampak. The most visible element connecting the house to the ancient American past is a relief panel that is repeated throughout so as to be in the background of most scenes. However, this panel is not based on a Maya design, but rather on elements from the stelae of Xochicalco, a site in Central Mexico. As is common in popular culture treatments such as this one, the Precolumbian past is treated as a homogenous, exoticized Other. 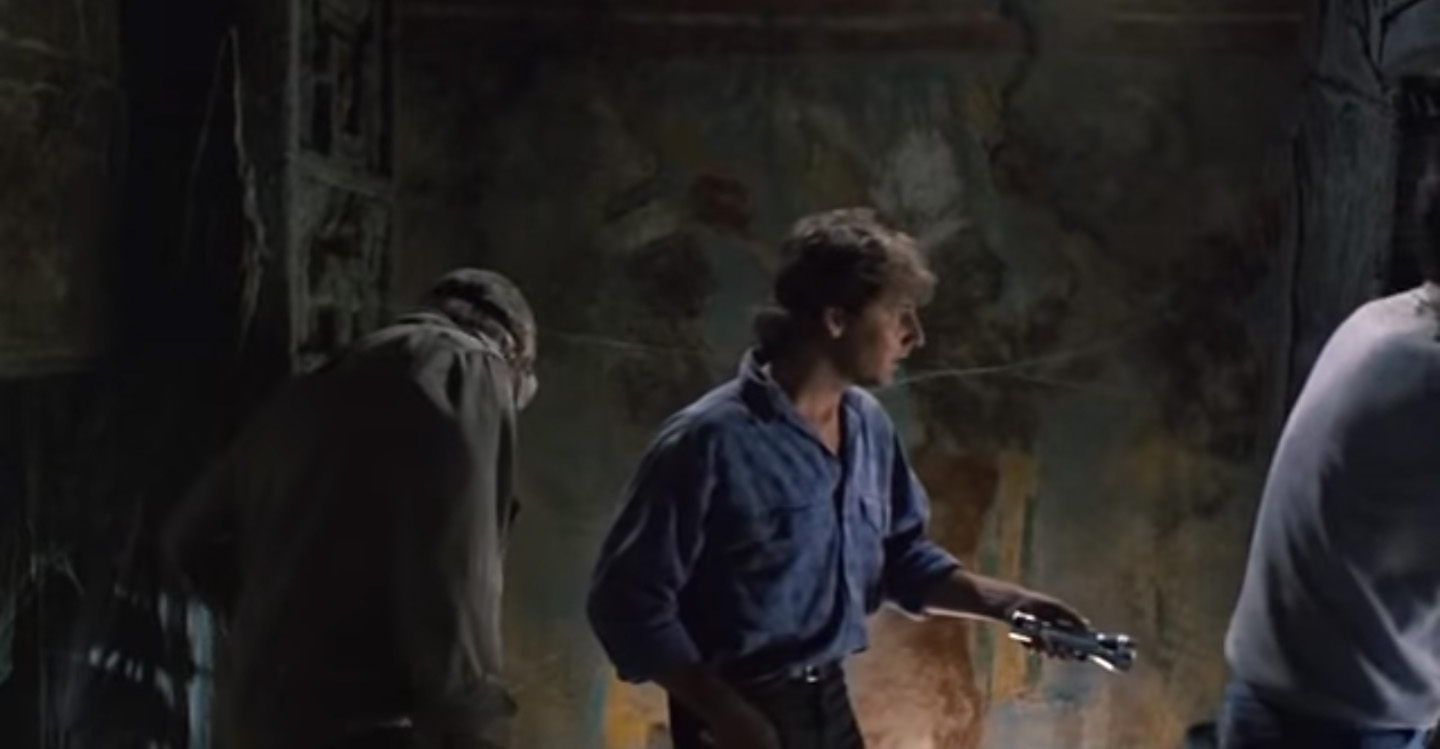 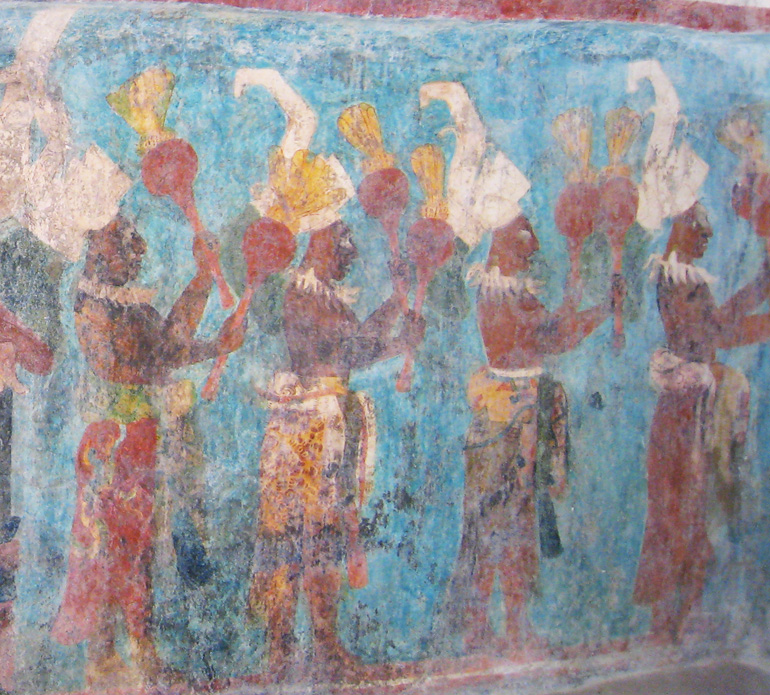