Aaron Siskind’s photographic practice centered on the tension between documentation and abstraction. The camera’s mechanical, indexical reproduction of slices of reality is tempered by the aesthetic choices of the photographer—including the framing and composition of the shot—often intentionally done so as to emphasize formal aspects such as line, texture, and the contrast between light and dark at the expense of the ability to recognize what is depicted. He found inspiration in the graffiti and peeling paint on walls, the knotted trunks of trees, and other visually complex surface details. Among his extensive body of work are a handful of Pre-Columbian subjects, including some Olmec sculptures from the La Venta sculpture park in Villahermosa, Tabasco, and numerous details of Inca stonework from the walls of Cusco, Peru. 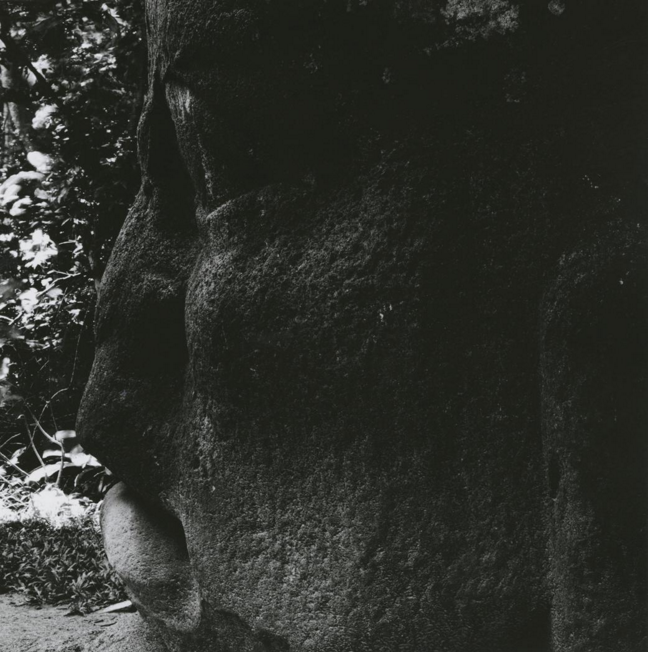 If Siskind photographed these objects in a decontextualized and ahistorical manner, this was entirely consistent with his larger body of work, in which the flattening of reality into the two-dimensional image that results from the photographic process equates with a flattening of looking, and all objects in the world become subject to the same formal logic of the artistic gaze. In Olmec, Villahermosa 5, the face of an Olmec colossal head entirely fills the frame so that the edges of the sculpture are no longer visible and any possible indications of the scale or location of the object have been eliminated. The legibility of the face is further obscured by scattered patches of sunlight, presumably filtered through the surrounding trees, which are overlaid on top of (and visually compete with) the shadows created by the three-dimensional contours of the sculpture. The effect of this is that the face is not immediately discerned, but only through an effort of looking does it coalesce from the gestalt of light and shadow, resulting in the viewer’s uncanny experience of the photograph returning their gaze.

Siskind photographed a second Olmec head in profile, resulting in an image with more immediately recognizable content. Here, visual ambiguity is instead created through the similar appearance of bright spots on the upper left and right sides, the former showing light filtering through the background foliage, the latter a patch of lichen on the surface of the monument. This visual repetition momentarily calls into question the solidity of the stony mass, an effect that depends entirely on to the dynamics of reading the light and dark areas across the flat surface of the picture plane. 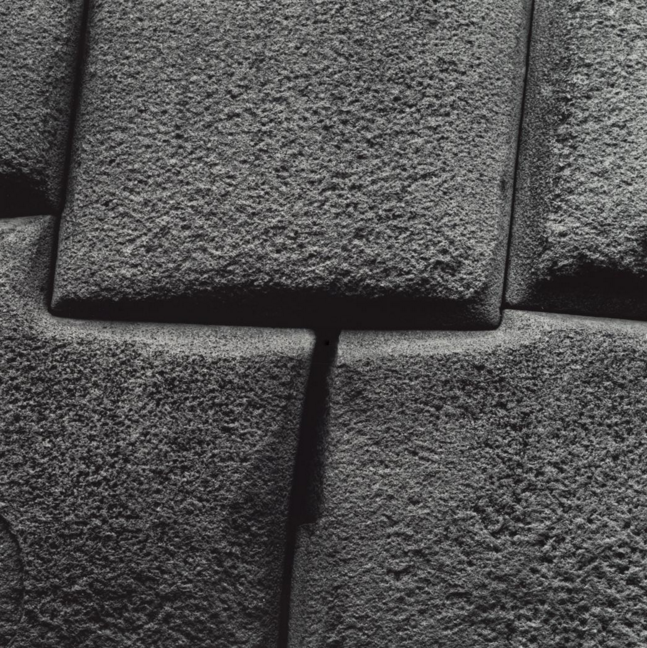 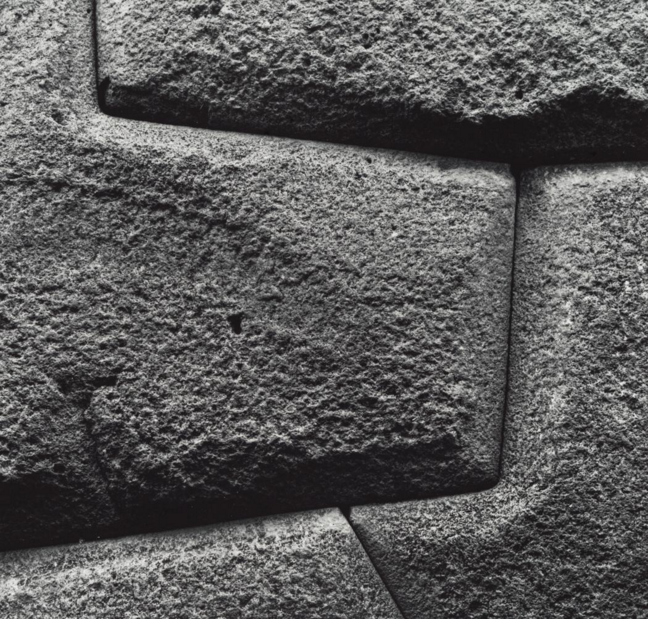 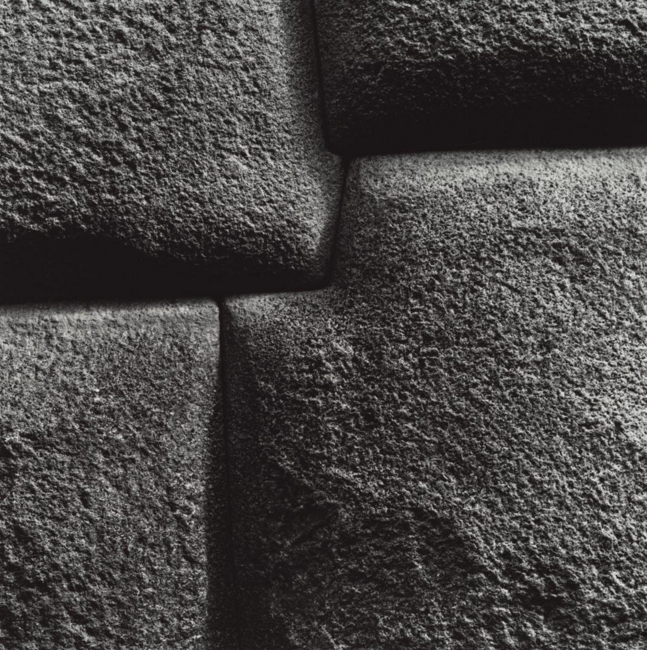 Siskind probed the possibilities and contradictions inherent in the black-and-white photographic image throughout his career, creating lush prints based on a wide variety of mostly mundane found surfaces, and his treatment of Pre-Columbian art and architecture was but one small part of this wider practice. Yet it is hard to escape the suspicion that there was more at work in his choice of subject matter than mere observations of visually interesting effects; aesthetic response, after all, is never unmotivated. I would argue that, for Siskind, the appeal of these ancient American subjects was in their simultaneous recognizability and strangeness. They are clearly the work of human ingenuity, but they arise from civilizational contexts that remained relatively unfamiliar and not immediately identifiable. Thus, a sense of uncanniness persists even after the viewer identifies the concrete subject matter of Siskind’s abstracted compositions. The human features of the Olmec heads are both intensely present and impossibly distant and unknowable, while the numerous closely cropped views of an Inca wall are readily perceived as architectonic but, by being formed from stones that are not set in regular courses and which pillow outward around the joining lines, defy expectations related to the built environment based on Western conventions. 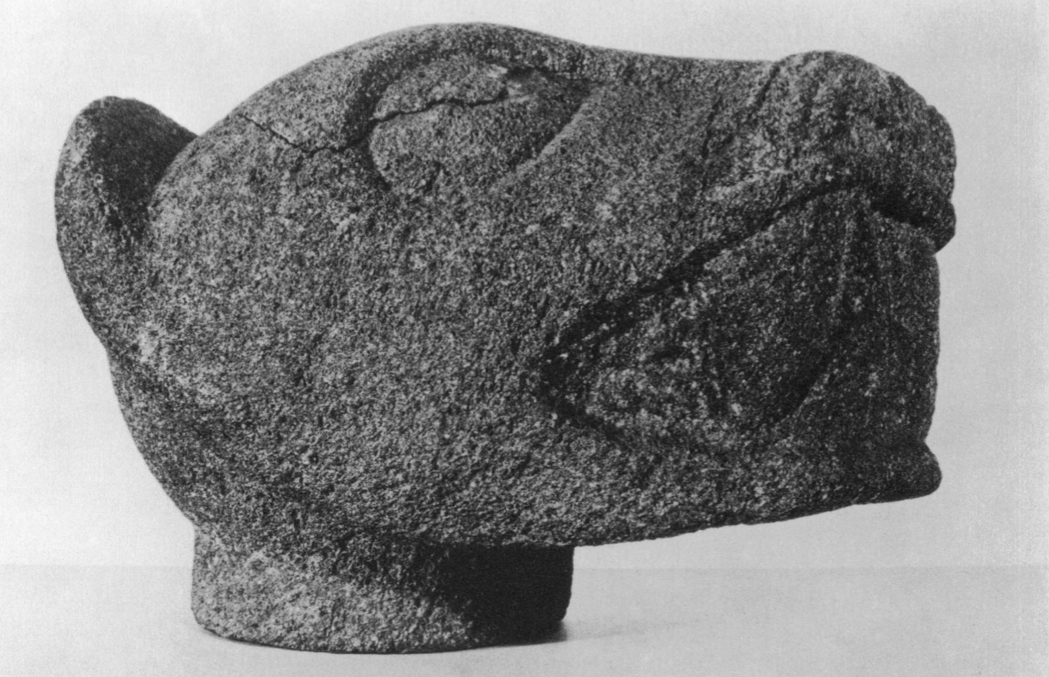 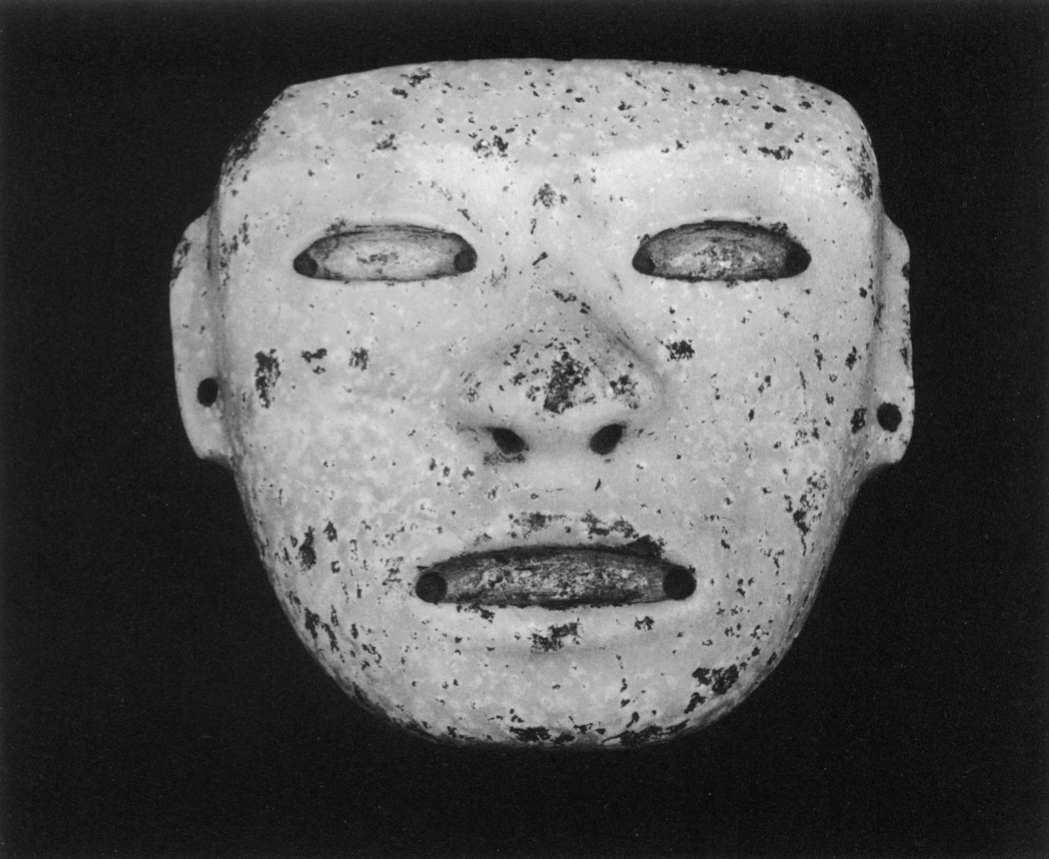 Interestingly, Siskind’s understanding of the vitality of inanimate matter and the development of his photographic aesthetic appear to have been strongly influenced by a 1943 commission, instigated by the artist Barnett Newman, to shoot the Pre-Columbian objects in an exhibition organized by Betty Parsons at the Wakefield Gallery (Hill, 4–6). This exhibition was part of a wider transition of Pre-Columbian objects from ethnographic to fine art contexts taking place in the United States during the 1930s and 40s, and Siskind’s aestheticized documentation of the sculptures participated in—and contributed to—this process. Although much more conventionally documentary than his later work, the resulting photographs helped to establish several features that Siskind would exploit outside of the studio throughout his career: isolated, decontextualized motifs, an interest in surfaces and textures, and the tension between the abstract forms of light and dark on the image surface and the tactile materiality of the world in front of the camera.

For more on Aaron Siskind, see: