The Brooklyn-based noise-rock band A Place to Bury Strangers released its Onwards to the Wall EP in 2012, the cover of which features two photographs of architectural structures placed side-by-side with the images converging at the center line. On the left is a tall office tower with clipped corners rising up behind a lower, two-story factory building with large windows and a domed skylight. On the right, its roofline exactly lining up with the angle of the office building to the left, is a partially ruined Puuc Maya structure identifiable as the Iglesia from Chichen Itza. The former is a generic glass-and-steel high-rise, one side of which practically disappears into the cloud-filled sky that is reflected in its curtain-wall windows. The latter is a much smaller building with a rubble and concrete core sheathed in a limestone veneer depicting monstrous deity masks and bands of step-frets. 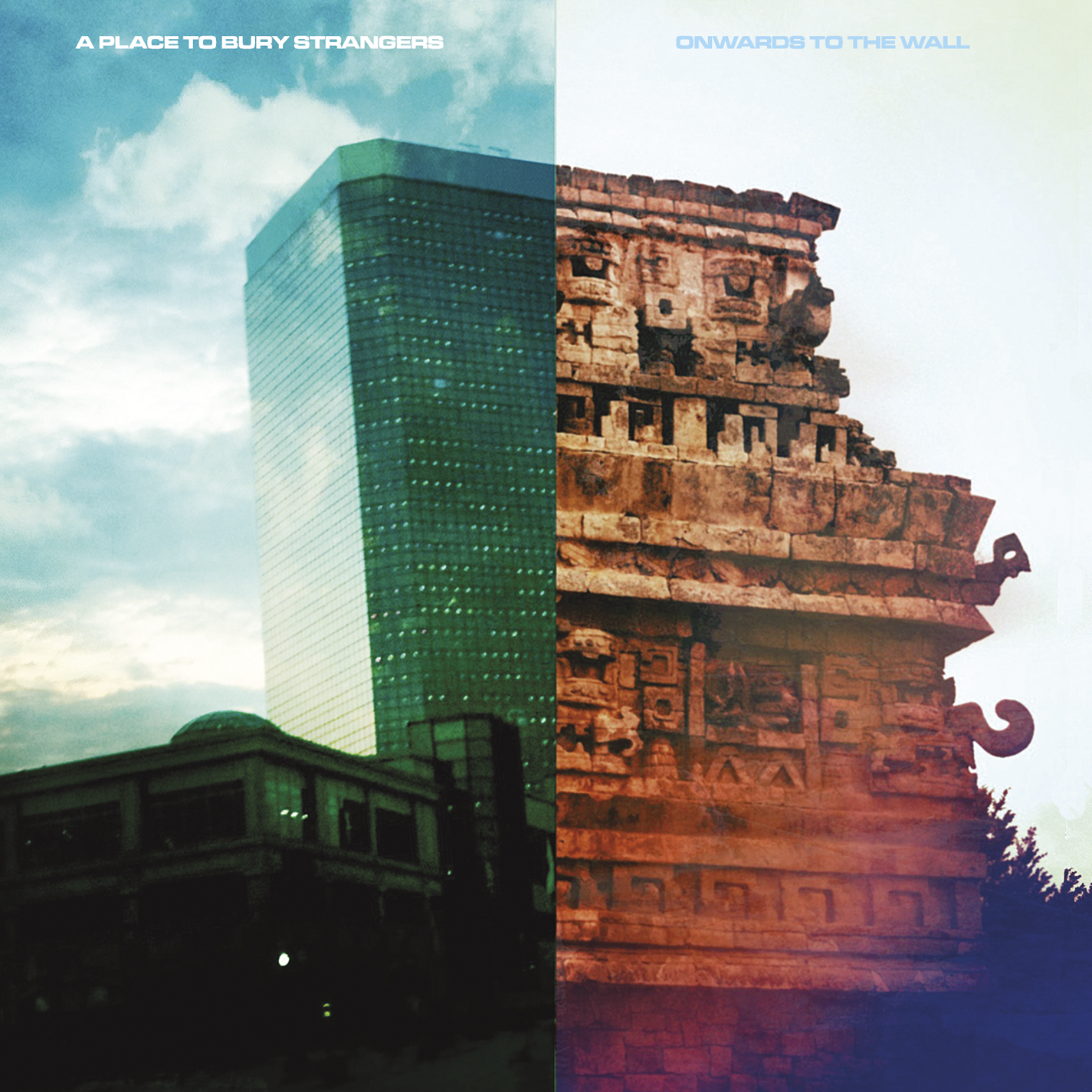 This pairing is first and foremost one of contrasts: modernity / antiquity, metal / stone, structural purity / profuse ornamentation, impersonal / spiritual, occupied / abandoned, the mundane / the exotic. The oppositional adjacency of these images establishes the Maya building as the antithesis of its neighbor, an effect that surely must have been a central consideration in the selection of this pairing. However, the contiguous nature of the roofline imposes a continuity between the structures, suggesting a syntactic move beyond opposition and towards synthesis. As if we are looking through the veil of appearances to the underlying truth (similar to the effect produced by donning of the specially designed sunglasses in John Carpenter’s 1988 cult movie, They Live), the terrifying fanged deity heads on the Maya building are reconceived as personifications of the rapacity of Market Capitalism, the dominant ideology of Modernity. In this regard, the dizzyingly alien appearance of the Iglesia highlights the sublime alienation inherent in the impersonal office block, while the ruins of Classic Maya culture can be seen to presage the impending downfall of our current civilization.